"The words of the Lord are pure words: as silver tried in a furnace of earth, purified seven times." (Psalm 12:6) Seven in the Bible is a number that often denotes perfection and completion. The goal is to encourage our minds to a higher plane than our human reasoning and and see how the risen Lord Jesus thinks about things as revealed in His Word, the Holy Scriptures.
January 12, 2016 7admin

(If the Bible was the only source of truth)

If He is not the Son of God then the implications are devastating to “the faith in Christ”.

2. No Truth. His revelations to us are not accurate for He claimed to receive them by being with His Father above and from His Father while on earth (John 1:18 / 3:11-13 / 5:19,30). Therefore, the things we hold as absolute truth from God are not true and we are greatly disillusioned.

3. No Salvation. If He is not the Son of God then He would be a sinner like everyone else. Therefore, His death, while maybe a loving example or a martyr’s cause would not qualify (for it would not be perfect) as a substitutionary payment of death for the wages of our sin – which is death (Rom. 6:23). Thus a Christian would still be in his sins and under God’s judgment.

4. No Authority. His authority as Lord over us is bogus. Thus His instructions to us change from commandments to trust and obey (John 14:15-24) into opinions for us to consider. If He were not the Son of God we would be quite arrogant in claiming His words to be truth and binding. We would have no real guidance in life.

5. No Future Hope. If He is not the Son of God then there is no resurrection from the dead. We are of all men most miserable. For there is no Father’s house where He is preparing “mansions” (John 14:1-3). Our hope for the future is fantasy and false for He is not in heaven and He’s not coming back here to get us and take us to the Father’s house. Therefore, we would be seriously misdirected in life and wasting our precious time in believing and proclaiming such to others.

The term “Son of God” carries the words “of God” which means He is not just a holy man sent from God with a message like the prophet, John the Baptist (John 1:6). “Of God” means He is the exact same kind. For example, a son of a father is as totally human as the father is, not some other species. Therefore as God’s Son, Christ Jesus must be fully God (John 1:1-4, 14, 18).

The Ten Witnesses that Jesus is Lord, the Son of God

1. The Witness of the Prophets

“To him (Jesus) give all the prophets witness”, says Acts 10:43. The prophet Isaiah prophesied that the child-king that would be born is “the mighty God”(Isa. 9:6,7). The one born of the virgin would be called Immanuel – “God with us”. The prophet, John the Baptist, with a promised sign from heaven pointed to Jesus and said, “I saw, and bare record that this is the Son of God” (John 1:34).

2. The Witness of the Angel to the Virgin Mary

The answer to Mary’s question of how she can conceive seeing “I know not a man” was answered by the angel Gabriel; “The Holy Ghost shall come upon thee, … also that holy thing that shall be born of thee shall be called the Son of God” (Luke 1:34, 35).

3. The Witness of the Miracles

John, the chosen apostle, recorded in his gospel a few sign-miracles that the Son of God did. Supernatural acts that caused a Jewish religious leader, Nicodemus, to say to Jesus; “… no man can do these miracles that thou doest, except God be with him” (John 3:2). From John witnessing the elements of nature submitting to the Son to a four-day old corpse coming back to life moved him to write: “But these are written, that ye might believe that Jesus is the Christ, the Son of God, and that believing ye might have life through his name” (20:31).

4. The Witness of Received Worship

The Lord Jesus Himself rebuked Satan, “Thou shalt worship the Lord thy God, and Him only shalt thou serve”. Yet Jesus received worship from men without a word of rebuke. After the disciples saw the elements of nature under His control they “came and worshipped him, saying, Of a truth thou art the Son of God” (Matt. 14:33). When the healed blind man asked Jesus who is the Son of God, he was told by Him, “it is he that talketh with thee”, the man said, “Lord I believe”. “And he worshipped Him” (John 9:35-38). Then upon resurrection the women met the Lord Jesus first and came and “held Him by the feet, and worshipped Him.” And then when the eleven disciples saw Him, “they worshipped Him” (Matt. 28:9, 17).

5. The Witness of His Enemies

The unbelieving enemies of the Lord Jesus wanted Him dead. For having heard and observed Him they knew exactly the issue and what He was claiming. They bore witness to His claims in their censure of Him. “The Jews answered him, saying, For a good work we stone thee not; but for blasphemy; and because that thou, being a man, maketh thyself God.” (John 10:33). Then when the religious leaders demanded His crucifixion, they said to the Governor; “We have a law, and by our law He ought to die, because he made himself the Son of God” (19:7).

6. The Witness of the Spirit World

The unseen spirit world that functions in the heavenly realm of course would have first hand information. When the unclean spirits living in people on earth encountered Jesus, they said as they fell down before Him; “Thou art the Son of God”. Another one said; “I know thee who thou art, the Holy One of God” (Mark 1:24, 3:11).

7. The Witness of God the Father

And then the Father Himself gave personal witness. One was pre-death and the other post-death.

a. pre-death – After observing over thirty years of Jesus’ earthly life in a corrupt world, the Father spoke directly from heaven with a voice from an overshadowing bright cloud speaking, “This is my beloved Son, in whom I am well pleased; hear ye him” (Matt. 17:5).

b. post-death – His departure was greater than His arrival. After man in rejection crucified Jesus as a criminal, God made a giant statement of acceptance by raising Him from the dead and seating Him at His very right hand in glory (Acts. 2:32-36). As Rom. 1:4 says; “And declared to be the Son of God with power, according to the spirit of holiness, by the resurrection from the dead”.

God in resurrection has given Jesus a Name above every name: “Lord”. As we bow the knee we are to confess to God’s glory that “Jesus Christ is Lord”. That is why informed Christians will now address Him with His full exalted title: Lord Jesus Christ.

8. The Witness of Witnesses

Then there were over 500 witnesses who saw the Lord Jesus alive after His resurrection from the terminal grip of the grave that confirmed to them He was God (1Cor. 15:6-8). As doubting Thomas exclaimed when He saw Him alive with the marks of crucifixion; “My Lord and my God” (John 20:28).

9. The Witness of the Spirit

1John 5: 6-12 teaches that the Holy Spirit of truth also bears witness to Jesus being the Son of God. One way He did that was by giving the chosen apostles supernatural abilities (gifts, Heb. 2:4) to validate their message as from above when they testified in preaching that “Whosoever shall confess that Jesus is the Son of God, God dwelleth in him, and he in God” (1John 4:15).

10. The Witness of the Believer

There is then the witness of whoever has put their faith in Jesus Christ as Lord has the Spirit of His Son now residing in his heart (Gal. 4:6). They might have spent much of their life denying such but now, possessing His life, they find it natural to confess the truth of Jesus the Lord. Like the Christian-hater, Paul, when once saved; “straightway he preached Christ in the synagogues, that he is the Son of God.” (Acts. 9:20). 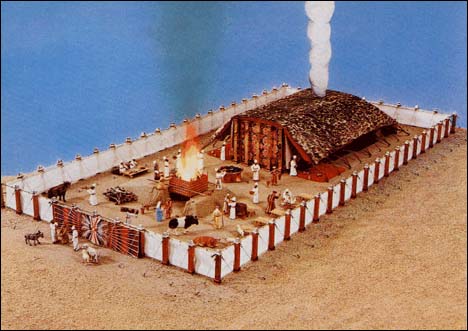